The boundary, as designated by Westminster City Council is shown below. This represents a slightly larger area than we proposed, due to the decision to include both sides of Great Portland Street.

THE FITZROVIA WEST PROPOSAL IN CONTEXT

Below is the boundary we applied for set within the context of other neighbouring areas. 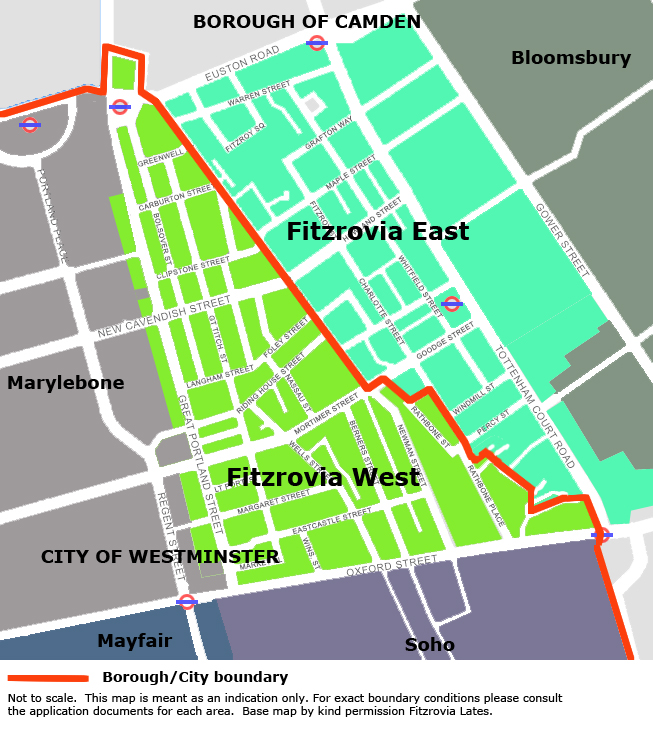 140401 Fitzrovia Areas as designated by Camden and Westminster council’s

Following discussions with various neighbouring areas, with local landowners and a public meeting on 13th November 2013, alterations were made to the proposed area boundaries.

We thank all those who helped us arrive at what we now hope is a consensual boundary.