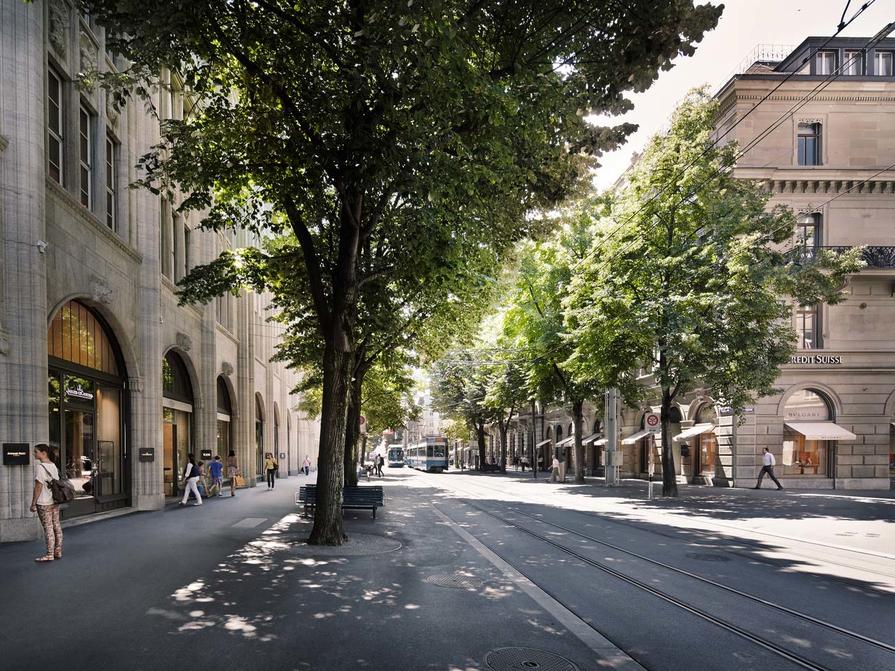 We support a reduction of traffic in Oxford Street, and have no objection to pedestrianisation per se.  In fact, we too wish to look at traffic calming schemes to support improvements to Great Titchfield Street and Mortimer Street, which is the social and economic hub of our area. BUT we think that a pedestrian priority scheme should not see Oxford Street as a merely pedestrian zone.  We think such a proposal would tend to dilute the offer of the street at a time when city centre retail is very vulnerable to out of town malls and the internet.

Instead we would like to see TFL/WCC considering soft separation in a zone much wider than Oxford Street itself, encompassing streets like Eastcastle Street and The Market Place.  Our local plan identifies this zone as the Oxford Street Hinterland.  The strategy might also work for streets in Soho, Mayfair and Marylebone.  In fact it might help with traffic calming of Wigmore Street, which we see becoming a black spot in the current scheme.

We cite as an example Bahnhofstrasse in Zurich.  This is the main historic high-end shopping street in the City of Zurich.  Bahnhofstrasse is today a car free street, but it does have trams running up and down it.  The advantage of this is immediately seen if you look at the side streets, which are deliciously comfortable for pedestrians. (Though none actually ban traffic access)  This comfort is not only achieved by restricting car access but as a result of three other measures:

The effect of the City of Zurich’s traffic measures has been nothing short of astounding.

The inclusion of mature trees makes the street delightful and does a good job in reducing pollution and urban heat island effect.  We also like the lack of clutter.  The grandeur of the original architecture is not compromised.

Even allowing for the relative scale of Zurich and London, the viewer will agree that Zurich has managed to solve the congestion problem in the centre of the city.

In most other capitals pedestrian priority of the main ‘high street’ has gone hand in hand with pedestrianisation of surrounding streets, creating a city centre oasis of calm. (Examples can be found in Edinburgh, Paris and Heidelberg, Montpellier – in fact pretty well all progressive capital cities the world over.) We urge this holistic approach in the West End.

In our view this approach would help to support other smaller independent shops and business (that inhabit the side streets),  which are the life blood of the area and donate an authenticity the shopping area as a whole, singling it out from the monotony of the chain stores.  This is part of the function of city centre retail as opposed to the rather anodyne experience one receives in a shopping mall.  If people are to continue to shop in the West End (and there should be no complaisance on this) it must be because the shopping offer includes: 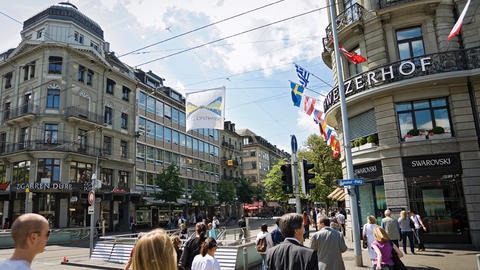 The main cross roads in Bahnhofstrasse – equivalent to Oxford Circus 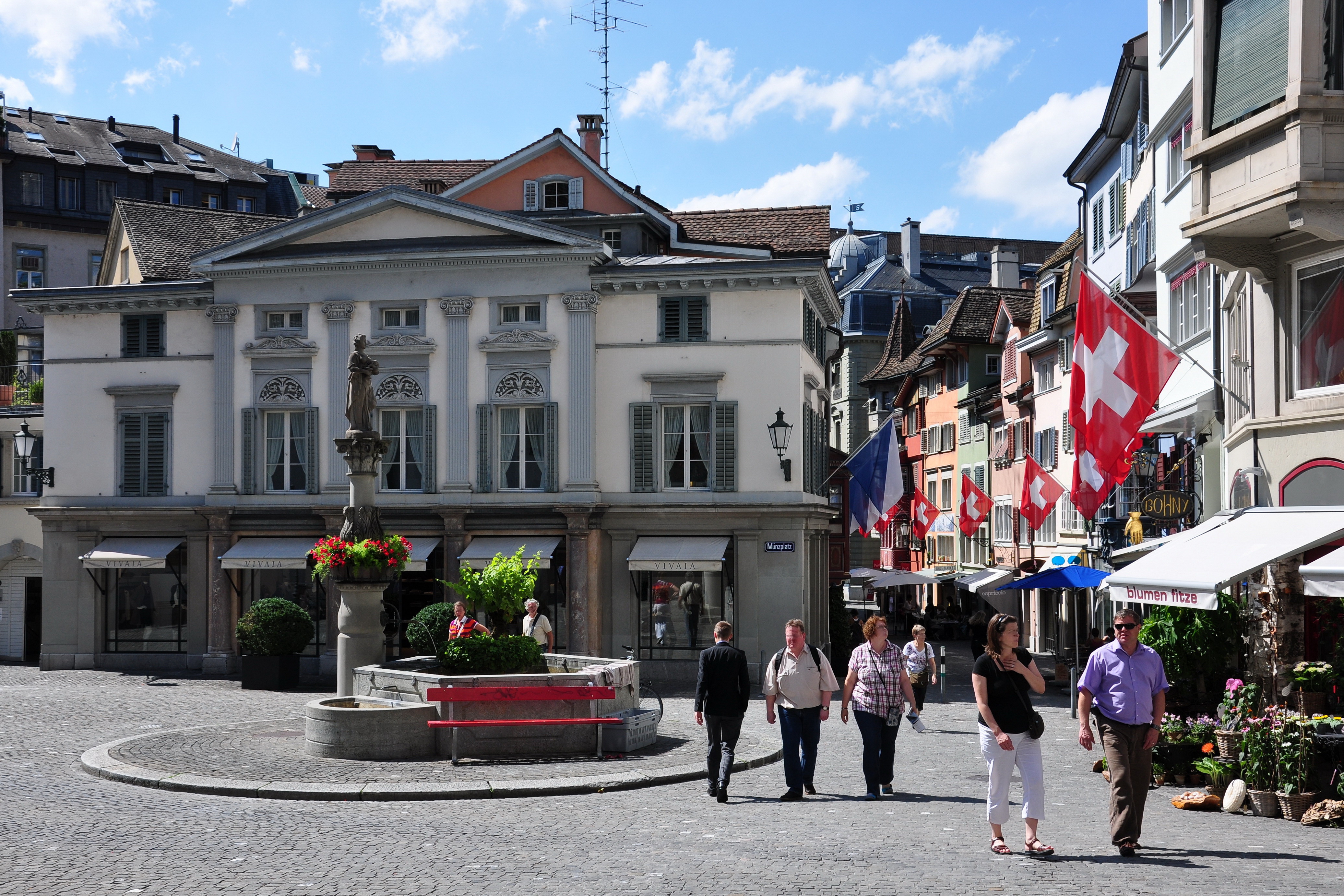